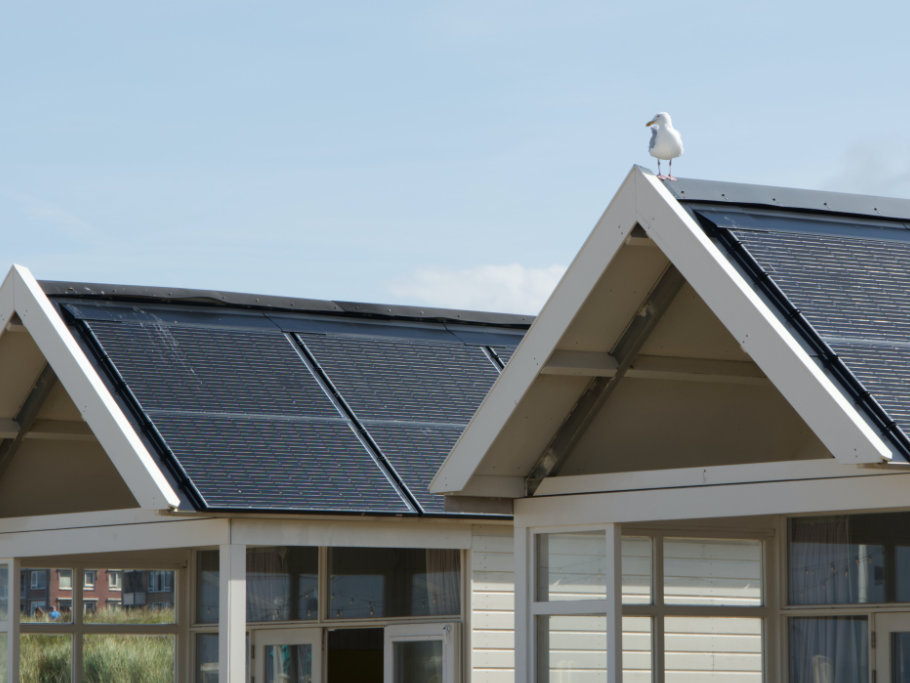 The phrase “solar energy” gets used a lot, but many people aren’t sure exactly what it means. If you’re considering installing solar panels at your home or business, it’s important to understand how solar energy is defined – and how it works.

What is Solar Energy?

“Solar energy” is a phrase used to describe any type of energy that comes from the sun.1

This energy is created by a process called nuclear fusion, which occurs when protons of hydrogen atoms violently collide in the sun’s core and fuse to create a helium atom.2

Nuclear fusion creates massive amounts of energy that flow from the sun in the form of electromagnetic radiation (EMR).3

How Does Solar Energy Work?

The energy created by the sun can be harnessed for use by humans on earth, thanks to technology that has existed since the 19th century. Alexandre Edmond Becquerel, a French physicist, first demonstrated the ability of a solar cell to convert sunlight into electricity in 1839.4 A photovoltaic (PV) cell absorbs the energy from the sun with a material called a semiconductor, which converts the light into electricity.5

A solar panel is made up of connected PV cells. Solar energy in the United States took a leap forward with Charles Fritts, an American inventor. Fritts created the world’s first solar array on a New York rooftop in 1883, a year after the world’s first commercial coal plant was opened by Thomas Edison.6

Why are so many people going solar in the United States?

Sometimes you’ll hear about the disadvantages of solar energy, such as the appearance of solar panels or the lack of energy production at night. Solar panels are improving in appearance all the time; LG’s solar panels, for example, incorporate 12 thin wires in each cell that are almost invisible from a distance, giving our solar panels a uniform appearance not experienced with the thicker, larger busbars used in some solar panels. LG also provides all-black solar panel options.

As for the hours when solar panels aren’t generating, such as at night, it is now possible to store energy from a solar array in batteries that can discharge that energy later for use when the panels aren’t functioning. The LGE Energy Storage System, for example, comes in both AC-coupled and DC-coupled configurations that can be added to an existing solar array or installed with a new solar system.

The Future of Solar Energy is Bright

The solar industry already powers thousands of homes in the United States, and that number is growing every year. As of 2018, the industry provided jobs for 242,343 solar workers.9 LG Solar is committed to being a part of this growth by providing world-class solar panels, backing up our products with strong warranties and working with a nationwide network of LG PRO installers to meet the needs of homeowners and businesses around the country.

When you go solar, ask for the brand you can trust: LG Solar