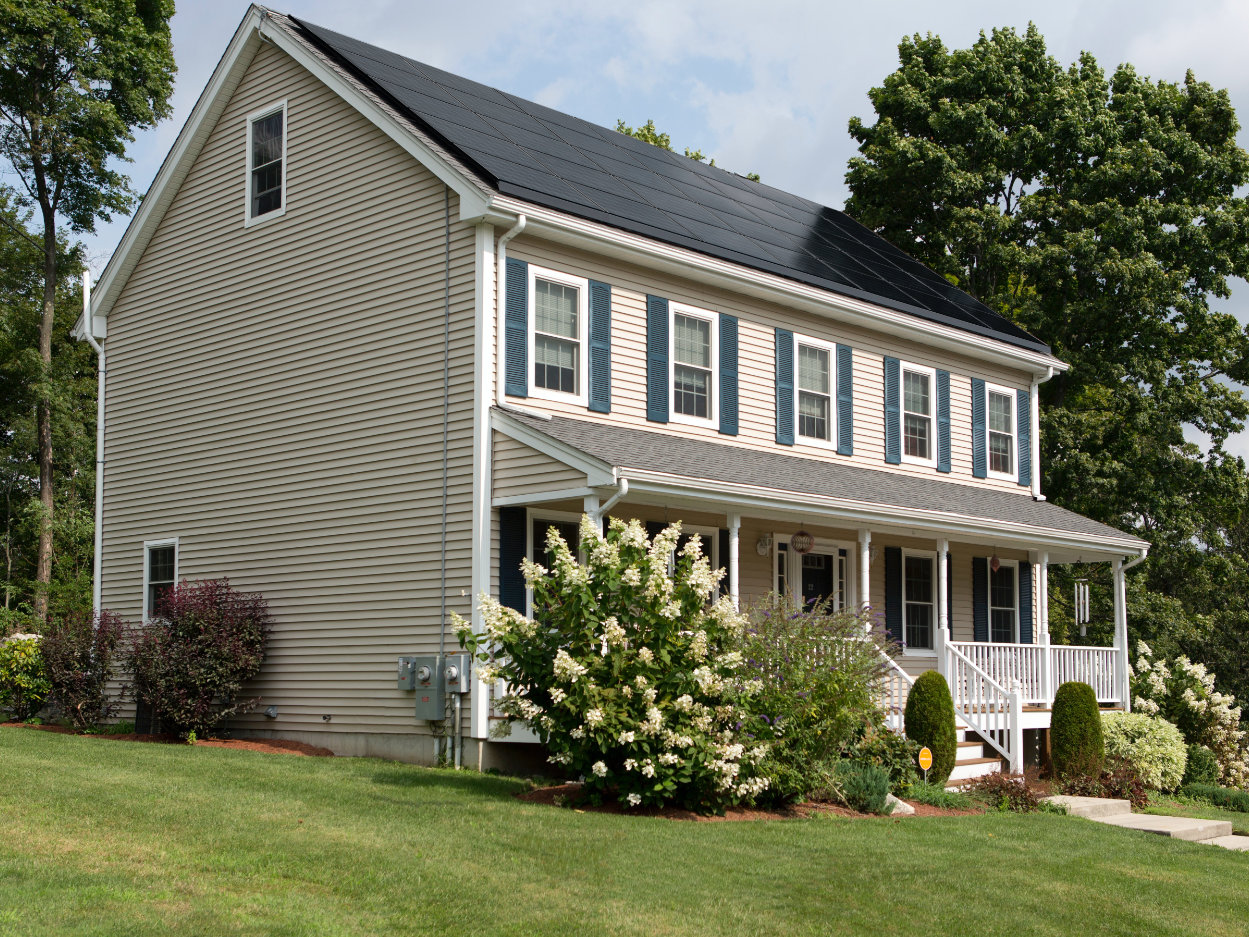 Much of the electricity used in human communities is generated by burning fossil fuels, which releases carbon dioxide (CO2) into the atmosphere. CO2 is the greenhouse gas most commonly generated by human activities — its concentration in the atmosphere is currently 40% higher than when industrialization began on the planet, and CO2 has been declared responsible for 64% of humanmade global warming.

Trees are an important weapon against carbon emissions; they naturally remove carbon dioxide from the air, store carbon in the trees and soil, and release oxygen into the atmosphere. In this way, trees can help mitigate carbon emissions and climate change.2 We’ve heard people who are concerned about greenhouse gasses and climate change ask, “Is installing solar power as beneficial as planting trees?”

In fact, both trees and solar panels can help reduce carbon emissions. While trees do their good work, we can also take advantage of the positive impact of solar energy. Solar is a clean and renewable resource that doesn’t cause the carbon pollution generated by burning fossil fuels. Assuming an unshaded location, a 5kW solar array should produce between 14.5 and 23 kWh per day on average over the year, depending on its location.3 According to one estimate, a 5,000-watt solar array that generates approximately 4,800 kWh per year will prevent 5,760 pounds of CO2 pollution from being released into the atmosphere on an annual basis.

A typical 5kW solar system (a common size for a home solar system5) in California reduces as much carbon pollution as 5.6 acres of mature trees.

If you own a property that has trees, ideally both the trees and your solar system will help mitigate carbon emissions. If you’re worried about trees shading your solar panels and affecting their efficiency, there are alternative steps you can take to cutting down those valuable trees:

All LG Solar modules are equipped with factory-installed bypass diodes, electronic devices within each solar panel. The diodes ensure that power flows in one direction. When solar panels are partially covered by shade, the bypass diodes allow power to flow around the shaded areas.

In total, solar energy offsets more than 76 million metric tons of CO2 emissions each year in the United States, equivalent to taking 16.2 million vehicles off the road.7 LG Solar is proud to be a part of an industry that helps reduce carbon pollution and combat climate change.