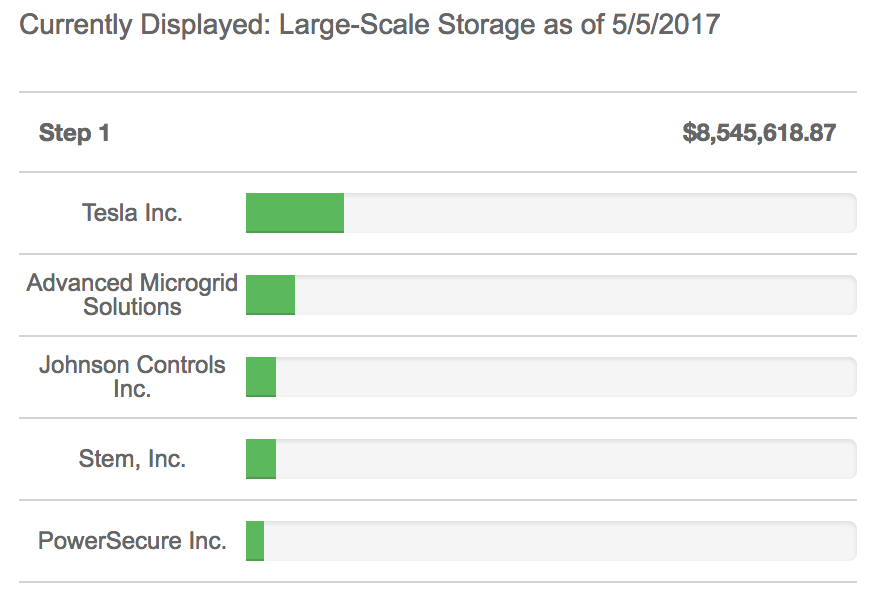 SGIP, one of California’s most successful renewable energy incentive programs, reopened at the beginning of May with a bigger budget, a total of $567 million. Demand, however, was so high most of the allocations for energy storage applications were taken up almost immediately. At the end of the first day there was only $3.7 million of allocations left for customers of Southern California Gas and the Los Angeles Department of Water and Power out of the total $42.7 million allocated for large energy storage projects.

For small (<10 kW) storage projects, there were only $3.4 million for customers of Pacific Gas and Electric out of the total $7.5 million allocated.

Applicants in three of the four utility service areas for both residential and large scale storage will automatically be put into a lottery that randomly picks the top applications. If a storage incentive segment is not fully-subscribed, applications are awarded in order of receipt.

Funding allocations will go through up to five steps. When funding is exhausted for one step, a 20-day “pause period” is triggered until the next step opens with a lower incentive rate.

If available funds for one step are allocated in less than ten days — as is the case with most regions in this step — the incentive drops down by $0.10/Wh in the next round. If funding is not depleted within ten days, the incentive for the next step falls by $0.05/Wh.

According to the SGIP website, Tesla is the clear leader in funding allocations for large-scale storage so far.